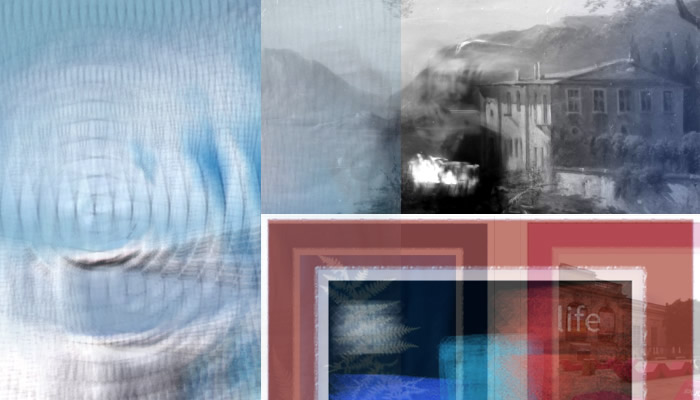 Yet in one of those unexpected turns, things are now happening in a kind of domino: art academy is on again. And while looking for an exhibition someone mentioned, I also checked some other art places… and arrived at the call of „Oberwelt“, an indie art gallery in Stuttgart that I know from a visit with some of our photo class.

Luck had it that I revisited their website while their current call was still on, the theme is: „Patterns of Power“. Long story short: the theme triggered me, and I put a submission together.

While in the process of working on that, I noticed a new call on Instagram from „Multiplied“ – a place I sent a submission to with a friend last year. Their theme this time is „Carboncopy“: a call for text based works that will be open to being copied in various forms during the exhibition. And just like with „Patterns of Power“ – and probably as I was in a kind of „call/submit“-mode, the call lead to an idea, and I put a submission together.

Last week, I received two mails as answer. And against odds, they both were: „yes“. Which is so unexpected and cool and exciting and motivating. I will write more about both once the exhibitions are on.

Here are the dates and links: 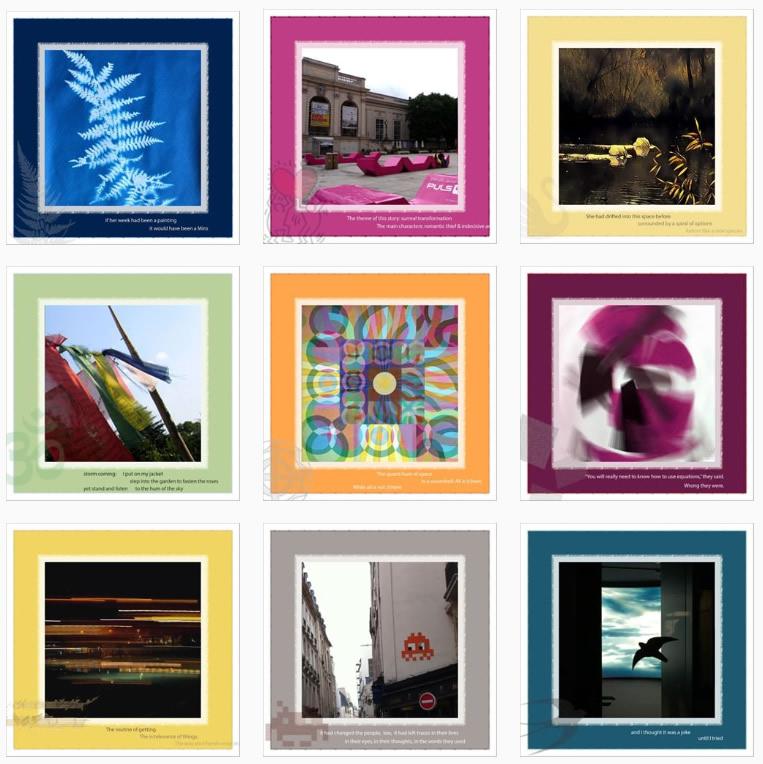 It feels special, to be part of these themes and groups.  I am curious already for the other works in the exhibition.

Also, it made me think that the archive work I did in the last weeks might have had more of an effect than I expected:

The 100 days project is on again since the start of April. It made me return to an idea I have in my mind since a while: to revisit my published work, and to put together a sort of collection with colorful visuals, for me, for the joy of words and images. The main part of the works have been published online, and of those magazines and websites, many aren’t online any more.

As the 100 days are mainly on instagram, this is were I post the visuals: 100 days of creating a collection

After the first 25 pieces, I am now finding myself wondering if this really is a good format: maybe I should rather put them directly online here on this webpage, to give them a new digital home.

Here are some of my favs so far: 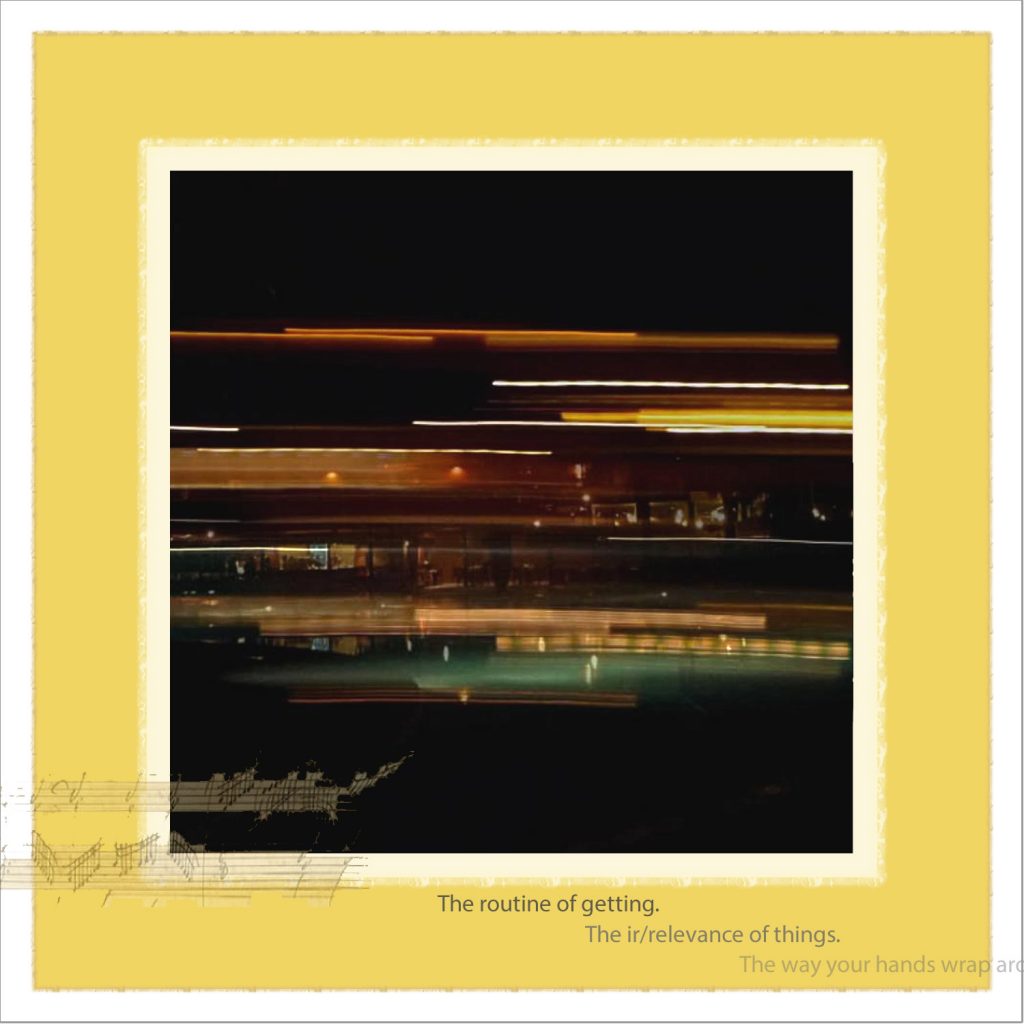 The routine of getting.

The way your hands wrap around me, like a wave reaching for a shell on a dark beach with liquid lips, trying to pull it back into the space underneath the visible world, trying to make it all yours again. And there you were, believing that the rest of the world would remain off guard, afloat in its sleep until the rain ended.

(Day 7 of the 100 day project: a rainy day. Following that mood I revisited my piece „Timeshift“ (published in FineLine, on page 11) and the flash text „Cap(tur)e“ – one of my favs, it’s online at A Minor magazine/Capture. Still happy about the liquid word flow.) 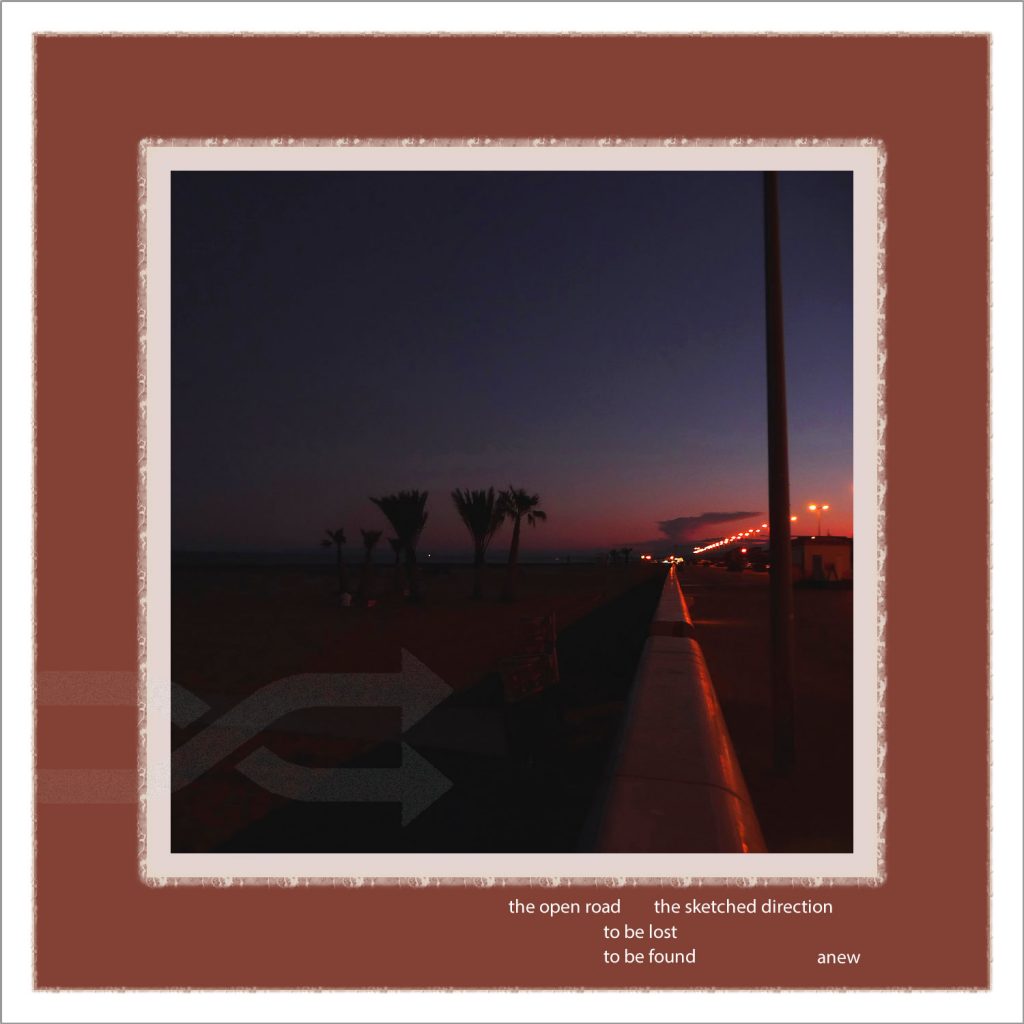 (Day 3/100… is a journey memory: walking along the ocean in France late in the night. A scene like in a movie, created by the streetlights. The photo got published last year in Lenscratch magazine. For the 100 days, I combined with a poem that has the same mood: “novo”, once published in “A Handful of Stones”. Typing it again, I realized that it actually is relating to my 100 days project itself: texts and images “lost” in files, now found, and put together in anew ways.) 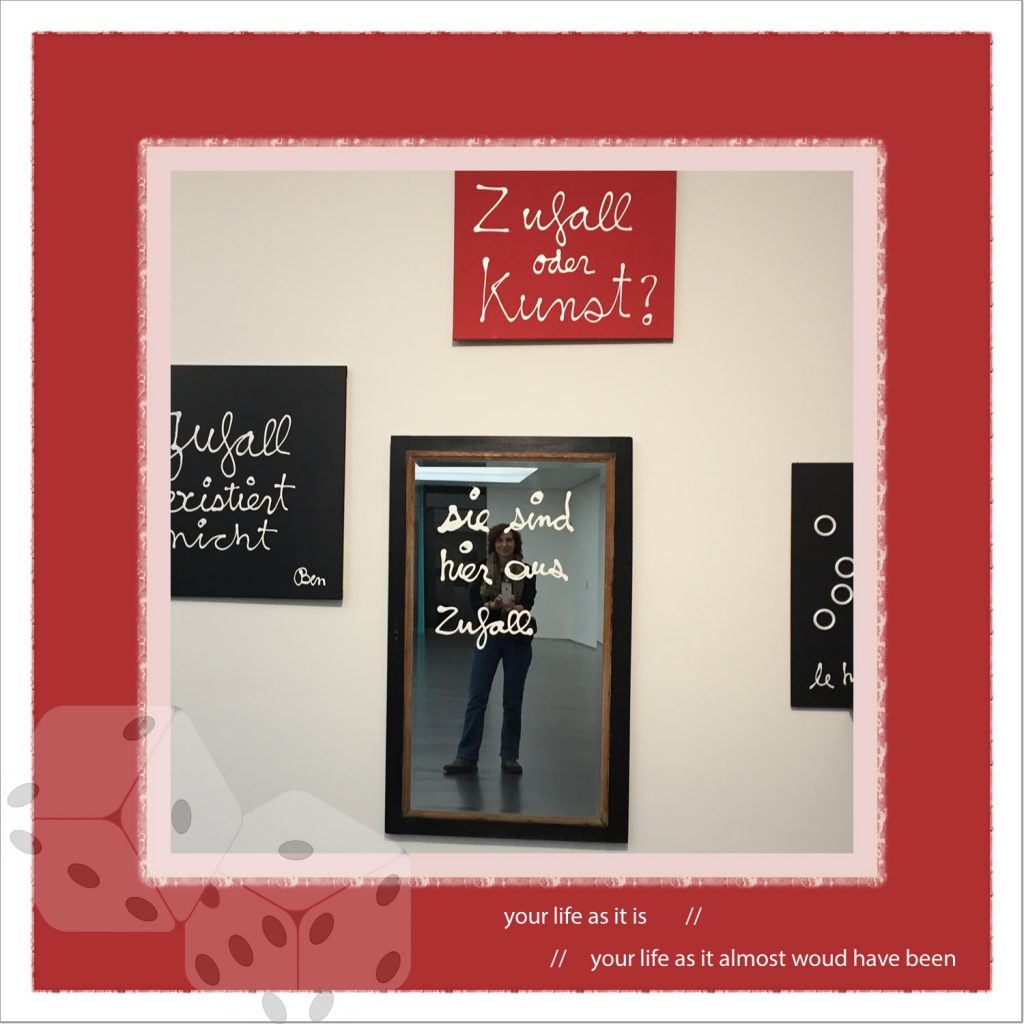 good or bad fortune in life
caused by accident or chance

in German: Glück
a word that is close to Lücke – “gap”

which points at the close scale
between good or bad luck

in the case of missing a bus,
or a look
or a realization
by a minute
on an everyday Thursday morning

and all the causes
and consequences
this gap between